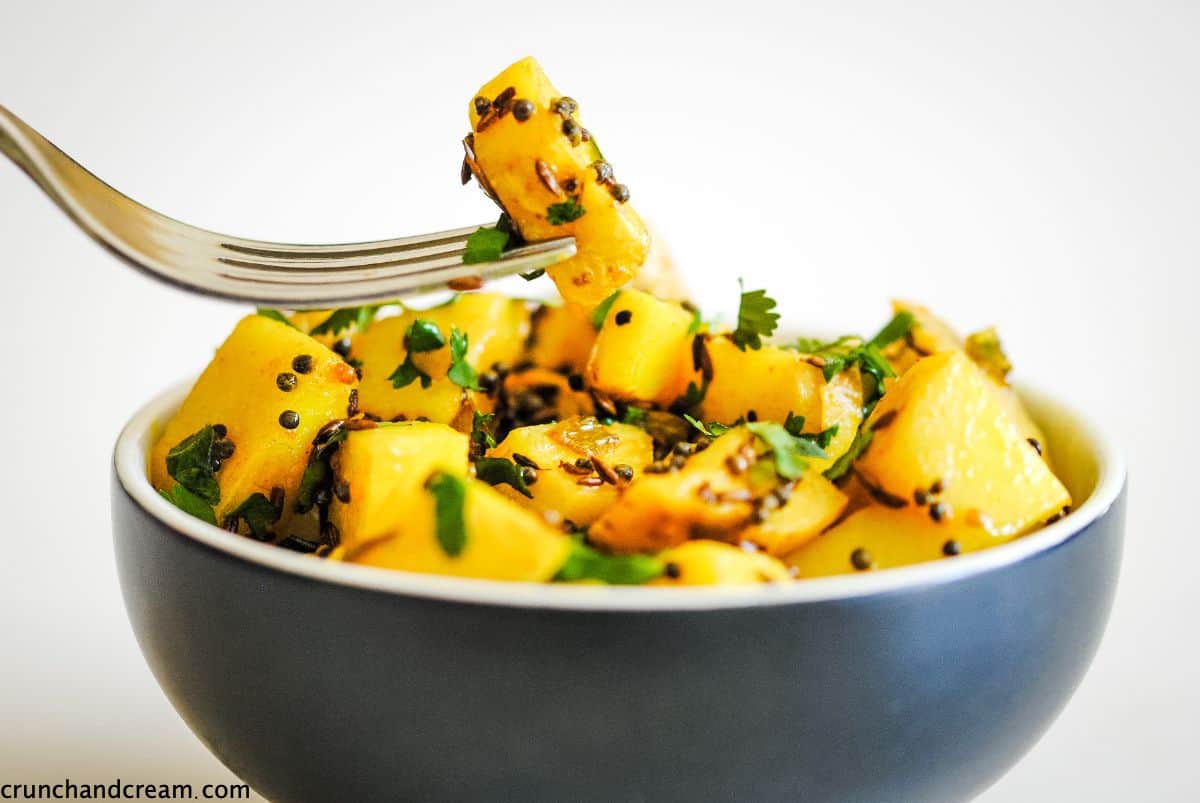 These perfectly tender one-pot Indian potatoes come together in just one pot for minimal washing up. The recipe is quick, easy, simple and full of flavour – it makes an awesome side dish! Plus, it’s coincidentally vegan!

To most Indians, this dish would be known as potato sabji or sabzi, but we just call them Indian potatoes. I make no claims that this is authentic, although I do believe it’s reasonably similar to how the dish is cooked in India.

The only common ingredient that I didn’t use was curry leaves as they aren’t easily available here in the UK. I think this is a climate issue, so if you live somewhere warmer then you could definitely see if you can get some curry leaves to mix in for extra flavour.

What ingredients are used to make Indian potatoes?

These potatoes are fairly minimal, although you may not already have all the spices that you’ll need.

It looks like a lot of ingredients, but really it’s just oil, potatoes, spices and salt – nothing too fancy!

Why is there no onion or garlic?

I don’t use onion or garlic in my one-pot Indian potatoes as I find that they’d take too long to cook properly and can overwhelm the subtle flavours of the other spices. However, if you can’t get asafoetida then try using a pinch of garlic powder instead so that you don’t miss that little pop of flavour.

How do I make one-pot Indian potatoes?

The trick to only having one pot to wash up is to cook the potatoes in the microwave. This is also, coincidentally, the same way that I cook my parmesan, garlic and herb microwave potatoes.

If you prefer, you can boil your potatoes instead but it takes much longer and you still get the same result in the end.

To microwave the potatoes, just toss them with some cooking oil and spread in a shallow dish (in a single layer). Cover with cling film and pierce several times to allow steam to escape and then microwave (stirring halfway through) until the potatoes are tender. I have a 900 Watt microwave and this took 4 minutes for me.

Then, you move on to the other ingredients:

Again, it looks like more steps than it is. Really, all you’re doing is adding the ingredients one after another until the recipe is complete.

How can I customise these easy Indian-spiced potatoes?

You can customise these potatoes in so many ways!

or really any other experiments your heart desires! If you do decide to experiment by making your own version then be sure to leave a comment on this post to let me know what you did and how well it worked!

What should I serve with these one-pot potatoes?

These simple Indian potatoes go very well as a side dish with saucy curries, onion bhajis, naan breads and poppadoms. However, you could simply serve them as a side dish for chicken tikka or another Indian protein and call that a meal for one – especially if you add some extra veggies or side salad!

Leave a star rating by hovering over the stars in the recipe card or tag me in a photo @crunchandcream on Facebook!

If you’re looking for more easy, carby side dish recipes that are full of flavour then you might like these:

Don’t forget to pin this recipe for later! 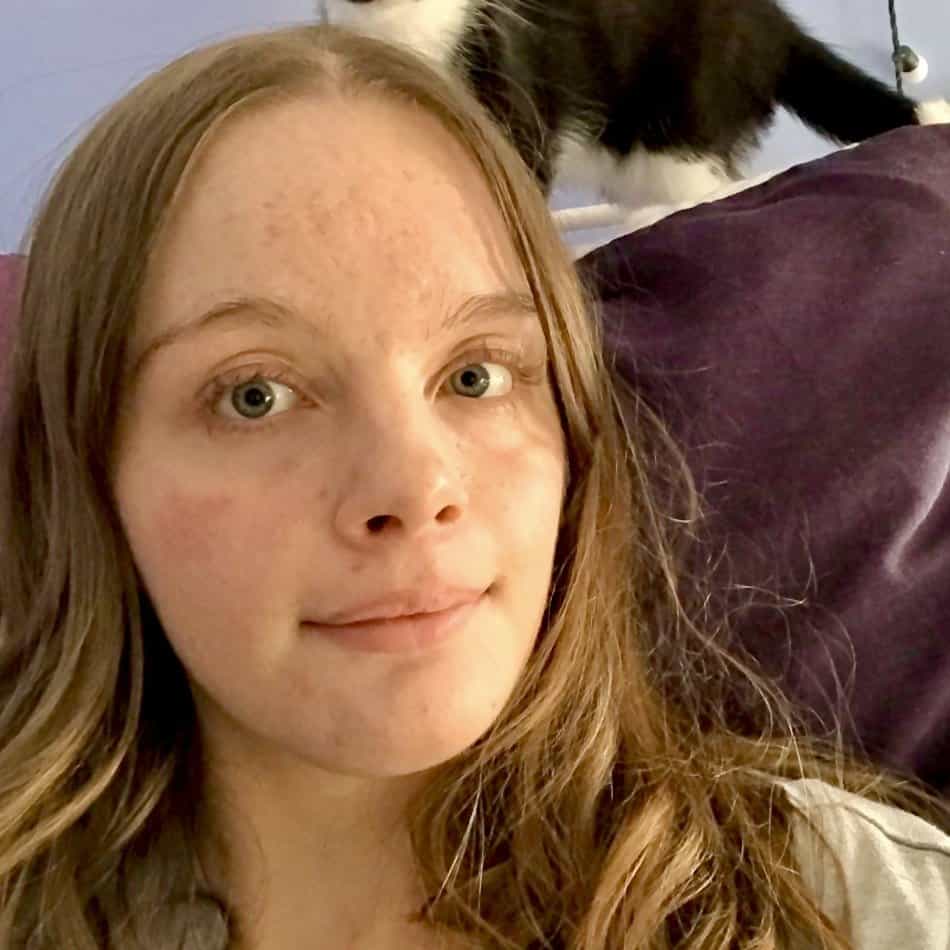 Hi, I’m Hannah! I’m 18 and I love to cook quick, easy and delicious food that makes people happy.
I believe that everyone has time to cook and eat good food, even if sometimes it takes you a while to learn all the tips, tricks and hacks for low-stress meals.
Read more about me here. 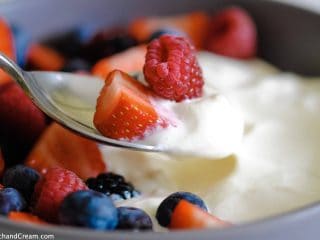 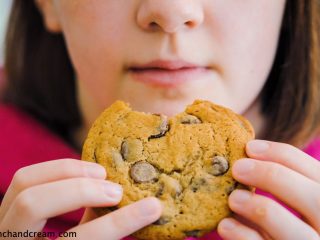 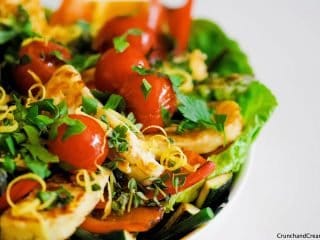